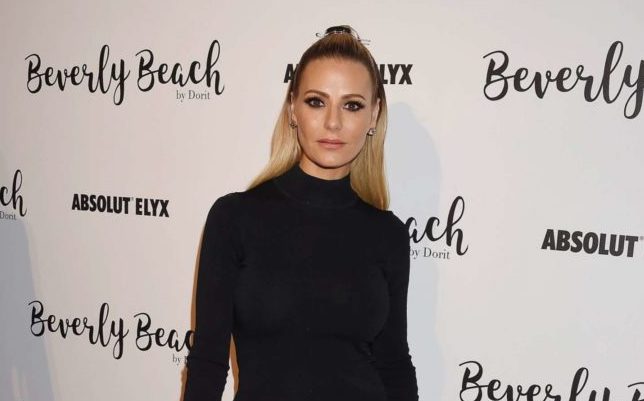 Recently on The Real Housewives of Beverly Hills, fashion magnate and occasional British person Dorit Kemsley launched her new swimwear line, curiously named Beverly Beach by Dorit (né NAVA). It’s a bold new direction for Ms. Kemsley, who has previously lit sartorial circles aflame with such iconic looks as The Golden Bird Poop and Purple Boots Hanging From A Cloud. Now comes Beverly Beach, a brand meant to conjure up visions of a utopian destination – a place where waiters serve champagne in flutes, women cross their legs in PK’s presence, and any passerby can sing “Fever” with Boy George.

Unfortunately for Dorit, Beverly Beach is also the name of the lady who worked at our middle school in the administration department.

Don’t act confused. We ALL had a Beverly Beach growing up. And before we let Dorit take the name and build an empire with it, I felt it was time to honor the real Beverly Beach for all the hard work and dedication she has poured into that job she has had for about 17 years.

That moment when you catch Beverly Beach singing along to Heart under her breath.

Now hold on – Beverly Beach is still trying to figure out this damn electronic attendance thing. Why did they have to change it?? The Scantron was perfectly fine…

Beverly Beach assures a parent that the bake sale is still on.

Beverly Beach thinks this plastic flower is a HOOT!  Paul gave it to her.

It’s somebody’s birthday, and her name rhymes with Shmeverly Shmeach.

This photo was taken of Beverly Beach after five minutes of her saying “Oh gosh, I hate getting my photo taken.  Fine. Fine.  Let me just put my hair back. You ready?  Now?  Now?  How about now? Oh gosh.”

Beverly Beach is NOT having it today.

Beverly Beach is leaving work early to go see a local production of Angels in America.  She doesn’t know what it’s about.

Beverly Beach has perfected the art of politely smiling until you walk away.

Beverly Beach wonders how long it’ll take for Kevin to notice her white lace shoulder accents. Is it too forward?

Beverly Beach has been nodding in agreement with you for two minutes.

Beverly Beach, talking about that new show she saw with that one person from whatsitcalled.  It’s real stupid, but she sort of likes it.

Beverly Beach knows all the secrets.

13 replies on “The Truth About Beverly Beach”